The Indian Government’s ambitious drive for financial inclusion was recently included in the Guinness Book of World Records for number of bank accounts opened in the shortest period of time. Yet universal inclusion still remains elusive with the World Bank estimating that to-date only six per cent of Indian adults over the age of 15 have borrowed from a financial institution.

According to India’s 2011 census, approximately 70 per cent of India’s population live in rural communities. Extending financial inclusion to this segment can truly make the difference for the lives of individuals and future prosperity of the country.

At the heart of the drive to extend the reach and access of financial tools is Fincare. As one of the largest and fastest-growing microfinance platforms in India, it currently provides financial services to over 5.8 million emerging consumers, the majority of whom are women in rural areas – both of which comprise two of the most underserved segments. The company has achieved a 79 per cent annual growth rate in its assets under management over the last three years, a testament to why Fincare sits firmly at the intersection of profit with purpose.

It is one of only ten institutions granted a small bank license by the Indian government, in 2017 the company launched its banking operations at over 25 locations with plans to increase the number to 500 by year end. These institutions guarantee at least 50 per cent of loan portfolios are comprised of loans and advances up to $37,500. Small finance banks can perform all the operations of normal commercial banks, but target a low-income segment providing access to smaller sums of credit and the ability to make deposits.

‘[The investment] will enable us to continue to build the infrastructure required to accelerate our growth, in line with our mission to facilitate a lifetime of progress at the base of the pyramid through financial and social inclusion,’ says Rajeev Yadav, Group CEO of Fincare.

With a deep history in financial inclusion in India gained through partnering with some of the country’s preeminent financial institutions, the LeapFrog team are set to back Fincare by helping the Company make history and an outsize contribution to India’s goal of universal financial inclusion. 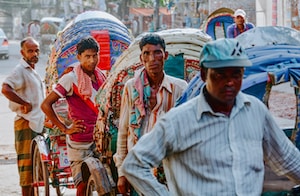 LeapFrog invests in Fincare, a distinctive platform for financial inclusion

Leapfrog invested in Fincare as part of our Financial Services portfolio, alongside the following companies who a delivering profit with purpose:

Investments with impact
Profit with purpose